During the pandemic, Dan Ghenacia took upon the opportunity to delve into his passions outside of the club sphere, which led him to pursue projects spanning new non-dance territories as well as sound design. AWEED (Alpha Wave Experience, Electronica and Dub) will be a label that encapsulates and caters to these new experimental projects, as well as his electronic club orientated productions, all under one platform.

The exploration into experimental genres came naturally after developing the ‘Dream Machine’, which Dan first stumbled across in 2014 whilst researching for new visual ideas for the Apollonia shows. His fascination with the light machine and its abilities led to him building his very own machine with a team of engineers, pairing it with specially designed sound to create a unique and meditative experience which he called The Alpha Wave Experience.

“Dance music has always been in my DNA. In this new label, I will release many dance tracks as I did with my other labels Freak n’ Chic and Apollonia, but as this year was focused on introspection and reflection due to Covid-19, the releases will also include non-dance and ambient music. The latter genre has been extremely important in exploring new horizons which led to creating music and sounds with Tolga Fidan for projects such as the Alpha Wave Experience and sound design to accompany visual artists. This eclectic mix of music shows I have reached the perfect balance between my crazy weekends and my calmer day to day. I hope this label shows to be more mature and well-rounded, yet still fun for all audiences.” – Dan Ghenacia

One of the non-dance sounds which falls under the new label is Art Of Wave, a sound design project formed together with friend and fellow producer Tolga Fidan to create sounds for not only The Alpha Wave Experience, but also for artworks inside galleries to offer a greater depth to the observation of the art. Artists worked with so far on this project include Mathieu Chavaren, Andres Ciccone, Ana Popescu and Etienne Gayard in the Sobering Gallery (Paris) and the Boa Lab Gallery (Lisbon), where Dan’s studio is also situated. 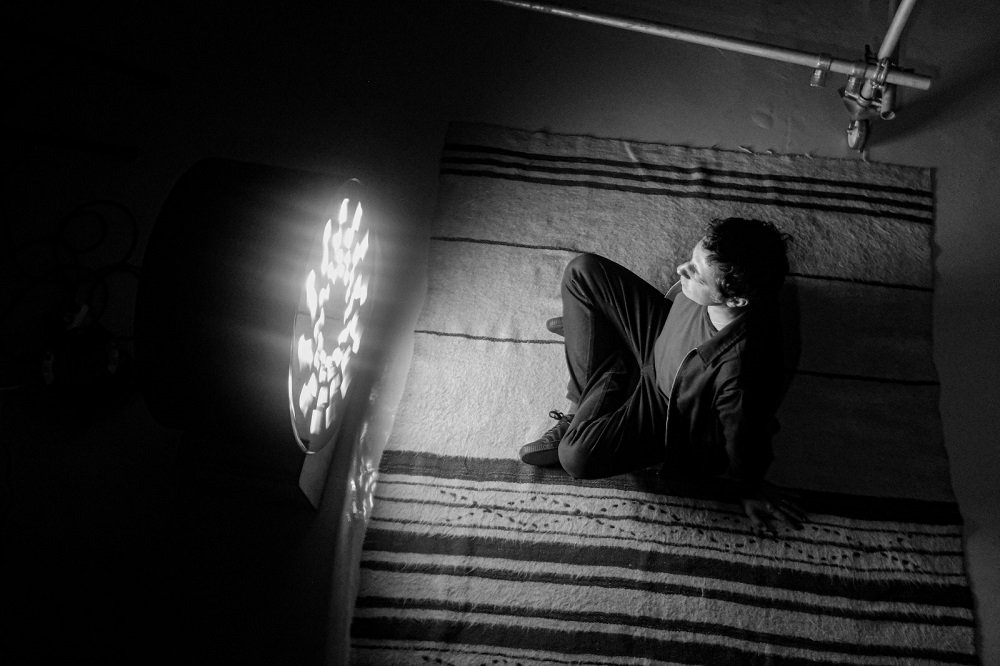 The second sound he will put out stems out of his inspiration from living in Lisbon, Dig Da Dub is a focus more on live music from the dub, reggae and world-music realm, depicting a unique laid back vibe that he found to be so prominent in the Portuguese city. He goes on to explain:

“Lisbon has a funny way of bringing people together. I randomly met sound engineer Dominique DB in a bar. In conversation, he asked me to remix a Terra Livre production featuring Manu Chao…to be explorative I took on the challenge of remixing the whole album instead of just the one track with Tolga Fidan. We enjoyed embracing the elements of live music and vocals, and so this generated our idea of ‘Dig Da Dub’ – a music project that encompasses the Lisbon vibe, being laid back, something you would listen to on the beach.” – Dan Ghenacia

The music under AWEED expresses the balance between Dan’s club music spirit and music created to appreciate art and ourselves, presenting a back and forth between dance and art – a reflection of Dan’s personal life. The label will release a different production from each genre on rotation, kicking off with ‘D EP’ a 3 track club-focused release by Dan himself, which will be released 18th March, pre order it here.

Soundwide Offers A Community For Producers Unlike Any Other